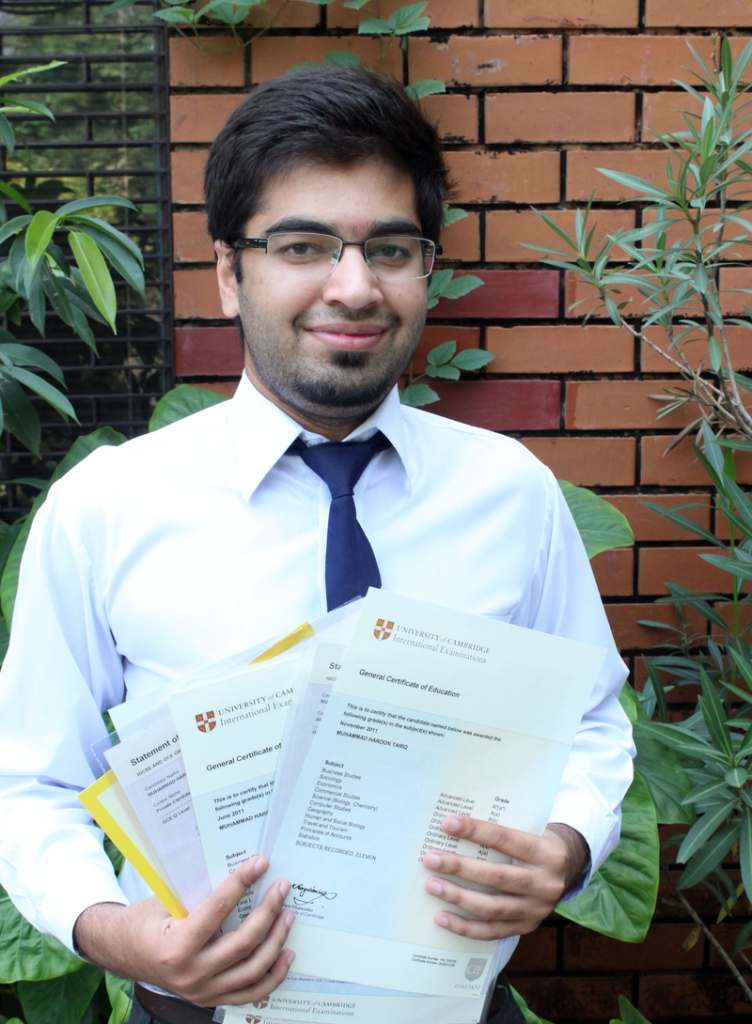 Our beloved Pakistani Mr. Haroon Tariq broken all the previous World records by getting 87 A grades in IGCSE, O and A Level combined in which he got 40 A*, in total he has 7 world records now. He was born in Kohat, KPK and his father was in army so he completed his early education from Army Public schools and Colleges system, Peshawar. He completed his A Level from Froebel's International School Islamabad. Honorable Prime minister Imran Khan visit his school in Islamabad to encourage students, parents and teachers.

He was interviewed by international and local media newspapers for his wonderful performance. National Book Ambassador of Pakistan award was given to young and talented student Haroon Tariq which have highest honor in the Islamic republic of Pakistan. His achievement is due to the hard work of his school teachers and tutors who care him a lot.

Mr. Haroon Tariq was also met and congratulated by General Rashad Mahmood who is Chairman Joint Chiefs of Staff Committee Pakistan with his father for his unbeaten achievement and encouraged him to get more success in his further education. He is also a great model for all tutors of Pakistan who can prepare every student to get all A* grades in their final examinations.